GOD has broken his silence over the Labour leadership contest
by telling front-runner Jeremy Corbyn to stand down and allow Yvette
Cooper to win.

The “Creator of All Things” said the hard left candidate’s ideology
is too radical to appeal to “I’m all right Jack” main stream voters
in the center ground to ever get enough votes to topple the Conservative
government in 2020, and that his policies would upset rich businessmen who
God claims are “better than ordinary people”.

“Rich people have demonstrated they are superior to poor people by
earning more money than them.” said God, in today’s edition of The
News Paper. “Mr. Corbyn should step down and accept the natural way
of things, as I, God created them to be. I made men to be greedy and
selfish because that’s the only way for mankind to progress”. He said.
“I believe Yvette Cooper will ensure that the rich people stay rich!
It’s natural selection, and the poor people should know their place.”
added The Almighty.

God is believed to have stepped in, in a last-ditch bid on behalf of
the Blairite wing of the Labour Party, to get left-wing loony Corbyn
to come to his senses and leave before he leads the party into political
oblivion and unelectability for the next one thousand years.

“Yes, I have spoken to Mr. Blair,” said God. “and he assures me that
Corbyn will be stopped one way or another. He and his pals are doing
virtually everything they can think of, to make sure he fails.” He said,
“I expect they’re rigging the votes as we speak, and Tony has my blessing…
it’s Cooper all the way for me! She’s lovely.” added Our Creator. 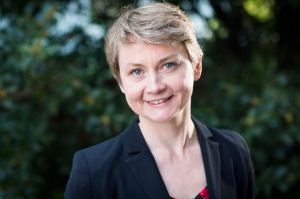 Vest wearing Commie Corbyn has shocked British politics after he went
from rank outsider to odds on favourite to win the leadership race,
following a surge of support from disgruntled Labour supporters who believe
the party has been turned into the Tory Party, in order to win power from
the Tory Party, by “Acting” legend Tony Blair and his Machiavellian schemer
chum Peter Mandelson.

But God doesn’t see a problem with Britain losing it’s democracy as
long as the next Labour leader is a woman.

“I don’t think things like policies are all that important to be
honest,” said The Lord. “people don’t care if the Labour Party has the
same policies as the Conservatives. Yvette is a woman! and that’s all
that matters…. ” He added.

With the Labour leadership contest coming to the boil, it now appears to
be a two-horse race between Cooper and Corbyn after Andy Burnham
announced he had pulled out of the contest to join the cast of
“Thunderbirds: The Musical!”, with outsider Liz Kendall following suit,
by announcing she’d joined the Tories.

Now, with only days to go before the winner is announced, God revealed he
had spoken to his son Jesus about the merits of Corbyn as leader, and in
particular about his peculiar anti-war stance.

“My son told me that wars are great!”, said God. “Jesus said they’re like
computer games, but real! I’ve never played them myself, but he loves
them! He’s on that computer morning, noon and night. He’ll never make a
“Second Coming” at this rate! Hahaha…” He chuckled. “But I have to agree
with Jesus, can you imagine invading a foreign country? Wow!! and… and…
then creating a vacuum for Isis to emerge into, but… you’re fighting them
AND their enemy Assad at the same time! It’s so exciting.” said God. “So I
can’t abide Mr. Corbyn being against wars. I worked a whole day
putting that oil in the desert, and now he wants to spoil all the fun, by
NOT sending anyone in to fight for it!” He added. 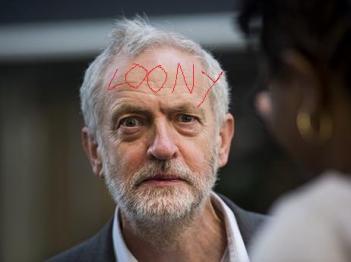 Mr. Corbyn was unavailable for comment today as Britain celebrated Queen
Elizabeth II becoming the countries longest reigning monarch, beating the
world record set by Empire conquering champion Queen, Queen Victoria, but
God said he could speak on behalf of all humans, and Republicans, in his
praise for the old slapper.

“The Royal Family were put there by me in order to uphold the class system,
people simply have to know their place in society. We can’t have a bunch of
plebs running amok now can we?” He said. “I let the Royals have all my land
so they could make loads of money, and ride around killing wild animals for
a laugh. These are my chosen people! If that wasn’t the case then Oliver
Cromwell would have lasted longer than four years, now wouldn’t he?”
said God. “It’s the natural order of things, just as I intended. Now get
used to it! Oh, and “God Save the Queen!” Hahaha… who says I haven’t got
a sense of humour! Hahahaha….. ” He laughed.

So there we have it, Jeremy Corbyn.

I’d step down if I were you.

PS: This article was supposed to have been an analogy of “The Exorcist”,
hence the picture at the top. But it was too complicated. 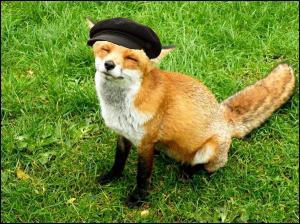