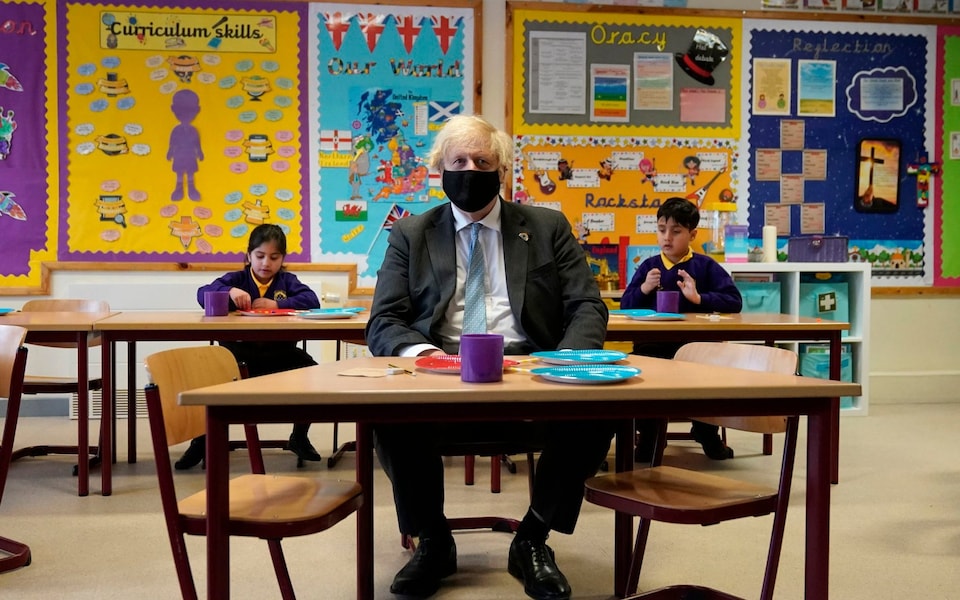 This is the third of my Latest News threads which I’m publishing. I spent the whole of November and December 2020 editing and mixing a song from a 20 year old demo tape (see bottom) and as a consequence missed the entire rigged Election. But it only confirmed what I knew already. Everything we are seeing is staged. It’s all theatre, and we’re in the midst of a Global coup d’etat being perpetrated by the Children of Darkness! So nothing should surprise us anymore. We live in an age of total deception.

I’ve expanded on a lot of the posts in this thread to make it a bit more cohesive. There’s some controversial views in this one. Make no mistake! In fact, you may never recover from the shock.

The purple revolution represents the end of democracy and the beginning of the Totalitarian age of the New World Order. There is no longer a two party system, we are ruled by a dictatorship, a Uni-Party where Labour and Conservatives have become one party while still maintaining the illusion of choice. Boris Johnson was the actor they chose to lead us there.

Btw, it’s no accident that Prince called his band The Revolution and sang about Purple Rain, he knew about the plan back in the early 80’s. It’s probably no coincidence that Nigel Farage’s autobiography is called the Purple Revolution either, because he too is an actor and Brexit was staged event to divide and rule. A set up for the Great Reset.

They needed Britain and America divided in order to create the chaos from which to bring order. Enter Brexit and Trump, the perfect bogeymen for the Liberal Globalist media to attack and sow division in the minds of the public. But don’t be fooled, they’re all in it together and we are on our own.

Photo’s like the Harry The Nazi don’t just leak to the press, see also Justin Trudeau in blackface. They’re put there for a reason. I think they’re Masonic humiliation rituals, a form of blackmail that initiates have to go through. They knew when this photo was released that Harry was already on the Globalist side and working as an agent to end the Monarchy. It was a warning to him. What’s happened since is that the opposing pro Monarchy faction has been infiltrated and taken over by the liberal Elites (who are Marxists), the photo becomes irrelevant as a method to keep him in line because they control the entire media and are using him to push the reverse racism anti-white / diversity message.

MSM pushing this one which means it’s a MI5 hit to serve a political agenda. Lots of 33’s suggest a staged event. Is she a crisis actor? Does this girl actually exist? Just throwing that one out there.

That was a nice little earner (wink wink) and Moore to come posthumously I’ll bet! Better get that jab now.

Have you noticed how it’s Jews that always get thrown under the bus yet Freemasons, despite overwhelming evidence always seem to avoid the long arm of the Law? How about the Catholic Church? Seeing a pattern? Commies are at war with God and have a history of removing Monarchies too. Hence why the media only goes after Prince Andrew.

R.I.P. Alan Watt from Cutting Through The Matrix, I became a follower / fan of his weekly podcast over the last year or so. You can listen to them here, or on his website.

JFK’s secret societies speech warns of the Communist infiltration in America and suggests the media had already been taken over by them through the CIA’s Operation Mockingbird in 1961.

Matt Hancock on the Fourth Industrial Revolution. It’s a kind of Post-Democratic Totalitarian Global Technocratic Dictatorship where you’ll all be merged with machines, tracked and traced everywhere you go and controlled by a social credit system based on your worthiness and obedience to the State. You’ll be a slave with no national, racial or individual identity and effectively be made to worship Lucifer (aka: Satan). They want to merge all opposites into ‘One’ and have complete control over everybody on earth.

The front man for all this is Globalist Bond Villain made flesh Klaus Schwab, who saw a “unique opportunity” to bring this system forth (known as the Great Reset) when Covid conveniently swept across the world. The thing we don’t know yet are what are they putting in the vaccines. But Zuckerberg claims it’s something to modify your DNA and RNA. (see below).

Panorama showing remarkably accurate powers of prediction a year before the 7/7 London attacks.

Satan summoning his legions.. and some painting or other.

Operation Lockstep from the Rockefeller Foundation in 2010. Sounds familiar..

Leaked! Vaccine will turn you into a sterile transgender cyborg..

The only thing worth listening on Panorama.

The Fabien Socialists, who’s emblem is a wolf in sheep’s clothing and together with the tortoise they are symbols used by this secretive left wing group to show how they progressively and slowly change society without the general population noticing. Their slow march through the institutions appears to be complete and they now dominate the media which they use to indoctrinate the public by force using Cultural Marxism / Political Correctness. The number one tactic used by these people is projection ie: blaming others for what they themselves are doing, followed by the censorship of any opposing views.

Who is really doing the dividing I wonder?

Putin speech about the moral crisis in the West.

People no longer know what’s good or bad, what’s right from wrong or what’s true or false. And that’s all been done by design. It’s called Ideological Subversion and it stems from social engineering think tanks such as the Frankfurt School and the Tavistock Institute who are plotting a world Revolution.

Here’s Yuri Bezmenov who did a series of talks on Ideological Subversion in the 1980’s, he was a Soviet defector who fled to the US and describes the psychological techniques they use to program your mind. This all sounds eerily familiar to what is happening today in the west.

But there is a solution to this.

How Deep State Puppet Biden ever won is a mystery. But he did!

Here he is reflecting on his win and paying homage to the dismembered phallus of Osiris, Egyptian Lord of the Underworld, for rigging the ballot machines.

Here’s the editing I did for that last track. It took me 2 months! Which is longer than all the others put together. I started at the beginning of November 2020 and finished on New Years Day.

I blended an acoustic version with the demo version. Both had different structures, were at different speeds and in different keys. It was extremely complicated. I also created the harmonies from vocal snippets and added piano by playing an online virtual keyboard. You can’t see the drum edit but it was as extensive as the guitars. The trickiest bit was getting it to build up gradually, drop down, then build up again at the end. See Music From The River.