That’s the country, not the late Honorable Member of Parliament Leon. He is dead, I should know. Lord Lucan told me;)

An utterly soulless, bored shitless, slave race of Daily Mail reading, “This is what to think”, mind-melted, automaton, clueless, FUCKWITS! Who’ve dragged each other down into a state of mass ignorance, misguided hatred and celebrity worship. 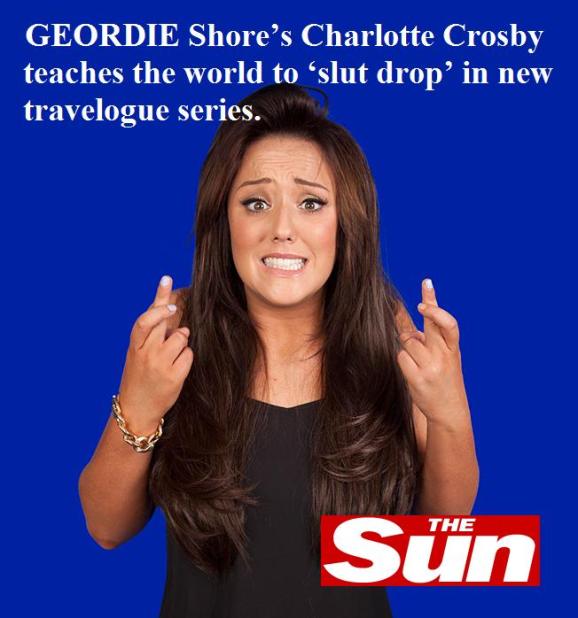 Yes a country that invented 44% of the world’s stuff! (at least
according to this hasty bit of research I’ve just done).
The Industrial Revolution! The biggest Empire known to man!
(Not something we should be too proud of, mind)
The Union Jack isn’t known as the ‘Butcher’s Apron’ for nothing.

Where would the world we be without such things?

In the dark! But it was the Brits who dragged the whole world kicking and
screaming into the modern age, and helped form the world we see around us today.

A nation that was once striven to reach the very pinnacle in human endeavor
and laughed at the words “It cannot be done.”

(You get my general drift)

Even after the War, with an Empire turned to rubble. We STILL had some fight in us.
Producing some great art and music which thrilled the world throughout the
latter half of the last century. Heartfelt, cutting edge stuff it was too.

Now we just export our biggest WANKERS around the world. 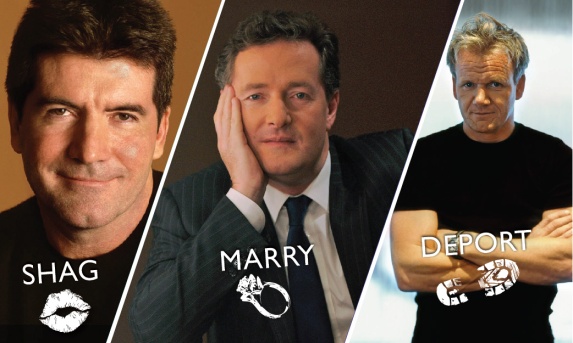 And YOU LOT fecking love them!

AMERICA ARE YOU LISTENING TO ME?!

I should point out here to our American cousins that “Around The World” actually just translates as “America” over here, we’re just not that fussed about the rest of it, unless there’s some oil or something we can steal.

Anyway, and now you’ve dragged James bleedin’ Cordon over there!

He’s NOT ENTERTAINING. (another full stop)

I don’t actually know what he does, apart from being really really
fecking annoying!

and he’s gone and landed a top role on one of your beloved Late Night things hasn’t he?

If he lasts more than 2 months I’ll be… well, I’m lost for words.

Listen, We produce some great comedians/entertainers over here. You’ve all seen John Oliver right? He’s good isn’t he? Really good in fact. We’ve got LOADS of ‘John Oliver’s’ over here. If you’d bother to look properly.

(6 Grammy “nominations”, just googled it, sorry. Did he win?) ed

How the hell are these people even reaching stardom?

Are you guys for real?

Now, I’m not clued up on the modern music scene (see my Jukebox), and I’ve never ACTUALLY heard ANY of Sam Smith’s music, but I ALREADY know that he’s a greatest festering pile of horse shit on the face of the earth. Am I wrong? Well AM I???

You only have to look at the guy.

(This is turning into a Bill Hicks routine now, so I’ll stop.)

But COME ON AMERICA!!! We (occasionally) look up to you guys…

OK. That’s enough ‘America’ for now. I’ll be back though. Mark my words. 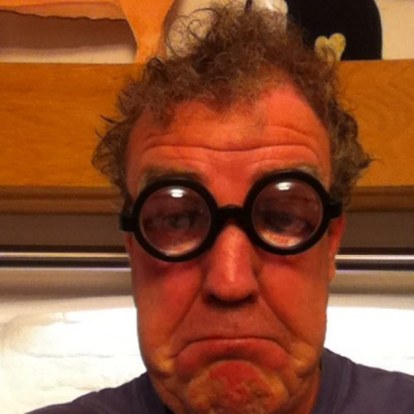 Now since I wrote the first draft of this next bit, Clarkson’s been sacked,
which as completely fecked it up for me, and makes me look a bit of a twat. (thanks BBC for that!)
So, instead of me re-writing it, just pretend that he hasn’t been sacked. OK?

Clarkson’s got the BBC by the balls hasn’t he? Let’s hope he rips them off, slips on them, and the BBC stuff their own balls back down his big gullet and make him chew on the gristle. Everyone’s a winner:)

Listen, Hate him or hate him, Clarkson hosts one the most successful BBC shows probably ever made, ‘Top Gear’. It’s broadcast in a biz-zillion countries or something and makes a HUGE wedge of cash for our “beloved” flagship media broadcaster, The Byay Byay Caay. (posh accent)

It’s a show I’ve never ever watched. I’m not interested in cars. But never the less the show is very successful and Clarkson is a very valuable asset to the Beeb, and what’s more, Clarkson knows it too!

For those who don’t know what I’m on about. It seems Clarkson’s been
getting a bit too big for his boots just recently with a series of provocative
‘stunts’, like using a car number plate mocking the Argentinians over the
Falklands War (whilst filming his show in Argentina) and now he’s punched a TV producer in a restaurant.

Now obviously, our Jezza has probably just been watching too much Alan Partridge for his own good, (which isn’t a bad thing) and was simply re-enacting that scene involving cheese and the TV producer.

IF that was the case, and that’s a big IF, then I officially don’t hate Jeremy Clarkson anymore. Well not as much.

He’s a rich, smug, egocentric, Tory, toff, toss-pot of the very highest order. Someone who enjoys laughing at poor people (allegedly) and foreigners, etc. and smashing up expensive cars in the name of entertainment.

Which makes it all the harder to understand how anyone at the BBC has fallen out with him. Because they’re all like that aren’t they? eh?

(You seeing what the ‘snarling fox’ thing is about yet?)

By the way I put ‘allegedly’ in there because I can’t be arsed researching it. But come on! He’s a Tory. It’s true;)

OK. Back to Britain being a right shithole.

See, my point is.

It was DESIGNED to be this way.

Who just love to revel in all that power, influence and control they have over you.

.
They can change society in any direction they see fit,
and by doing so, have succeeded in changing YOU into THEM.

It’s become a place where we want our most talented, original and creative
people to fail. Not just fail, but to be humiliated into the bargain.
So we can put a load ‘Yes’ men into their places instead.
The type of people who in 50 years time will have been replaced by robots!

That’s because these people are, talent less, greedy, capitalists TWATS
who don’t give a shit about you.

“Let us do the thinking, now there’s a good chap.”

It’s a capitalist nightmare where money is the bottom line. ALL of the time!

Does it sell? That’s all that counts to these feckers.
Artistry? Integrity? Intelligence? Who cares!

These are the question they ask.

Listen anyone who seeks to tell you how you should live your life, should by
definition, NEVER EVER be listened to. These people are driven by a self-deluded divine egotism
which makes them believe they are better than you. That they’re special.
An innate snobbery, a breeding, which convinces them that if you’re brought
up with privilege then you’re simply better than other people. Or if you
happen to have made a lot of money, you’re better than other people too.

They’re greedy, lying, manipulative toads (by and large)
who know “the price of everything and the value of nothing”.

Well that’s what I’m going to try to find out.

I’ll be back soon, hopefully with something little less mean-spirited. Probably.

.
and I’ll leave you with a lovely piece of music by The Smiths.

Suck on this Sam Smith!