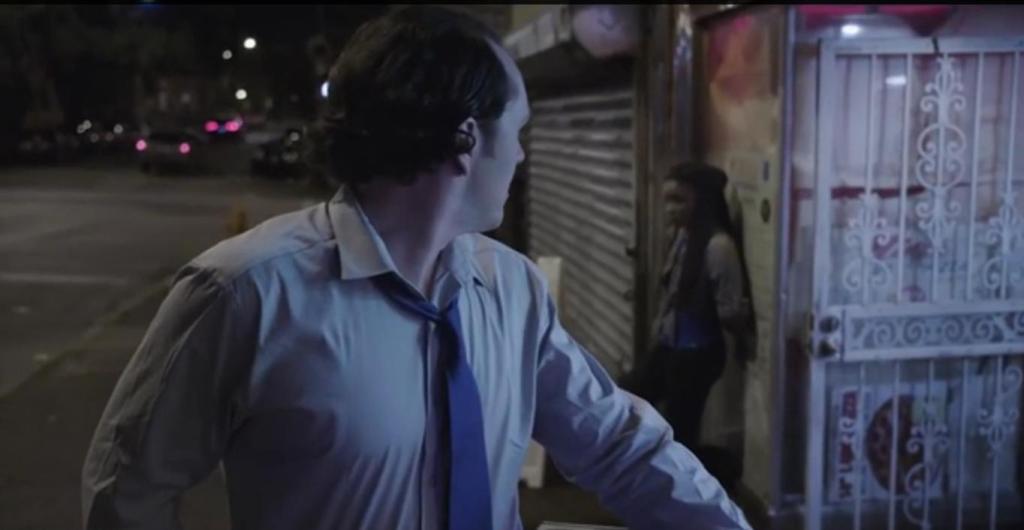 (note: this is an expanded version of my Voat thread that got deleted)

Are Nail Salons fronts for Human Trafficking and Prostitution?

This news story was recently deleted from the Japan Times’ website,

The story reminded me of the Dept. of Homeland Securities human trafficking awareness campaign video, (the one you’ve all seen) featuring the tagline “the signs are everywhere”.

A segment of the video shows two young Asians working in a nail salon and cuts to a concerned looking customer. The owner appears to be an older Asian woman.

I did some searching and found a blog post which talks about nail salons being connected to sex trafficking. This article also got deleted.

The blog post mentions a high percentage of Asians (40% Vietnamese) working in the industry and links to a New York Post story about a “madam” in Queen’s being arrested for terrorizing sex slaves at two locations disguised as nail salons.

Is there a possible connection between the DHS’ human trafficking video and Pizzagate?

It’s possible, because there’s a nail salon next door to Terasol bistro on Connecticut Avenue called Lucky Nails which has Vietnamese owners 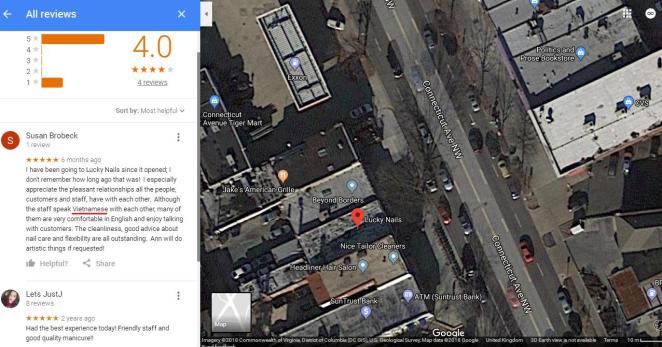 and is across the street is Besta Pizza which uses the FBI’s pedophile symbol as it’s logo, as did Terasol, which closed on January 1st 2018. 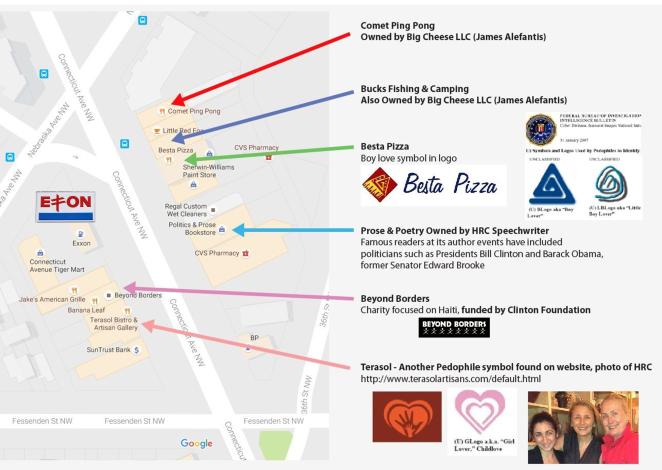 Besta Pizza also has a sign in the window which closely matches the one seen in the DHS video.  They changed their logo when researchers pointed out it’s similarity to the FBI symbol.

The DHS video suggests Nail Salons and Pizzerias are involved in human trafficking and prostitution so I decided to have a look around Washington DC to see if there was a pattern to these businesses being in close proximity to each other and I came across We, The Pizza.

We, The Pizza has a nail salon next door and on the other side is Good Stuff Eatery. There’s a second nail salon on the next block and both salons are called Tammy’s. This row of shops are close to the Capitol Building and there’s a Freemason’s lodge across the street called the Naval Lodge.

Whoever made the info-graph also highlighted a French bistro called Bearnaise, (which has now closed) as well as a possible tie to Besta Pizza which is next door to Buck’s Fishing & Camping and across the street from Lucky Nails. 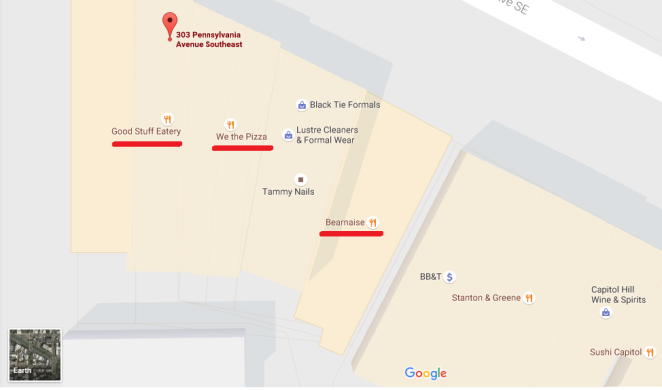 There seems to be a pattern of businesses around We, The Pizza that match the ones around Comet Ping Pong and perhaps a similar pattern around Mission restaurant near Dupont Circle.

As with the previous article on Mission, I found that a Pro-Life activist had posted a photograph of a demonstration on Good Stuff Eatery’s google maps profile. 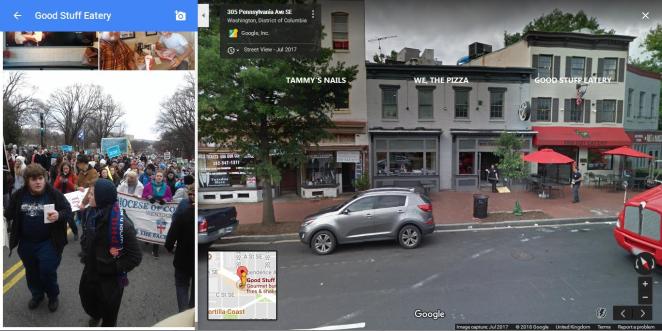 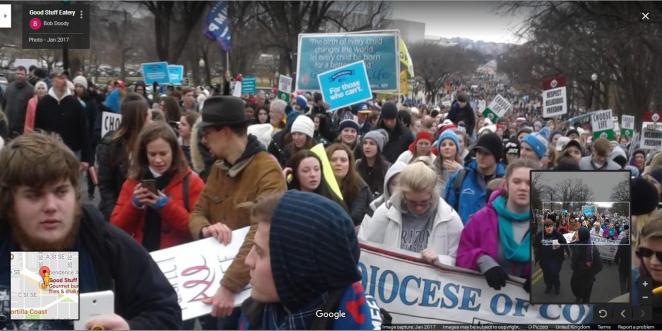 Why would someone post a photograph of a Pro-Life march on the profile of a restaurant?